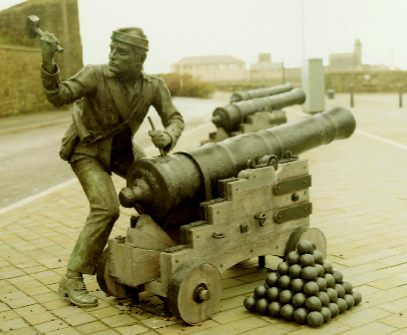 Art for Architecture worked with Alan Clarke of Timescapes and Optimum design for this project in the former port of Whitehaven, which in its hey day was an important northern port.

John McKenna and his assistant Darren Sutton modelled various clay figures and they were cast in lost wax by the Castle Fine Arts foundry.

These were placed at various sites in Whitehaven to form an art trail through the town.

The two Sailors are waiting for crewing work aboard an incoming ship. at the port. On left clay originals on right lost wax bronze sculptures. Modelled by John McKenna and Darren Sutton.

Left is the rear view of a sculpture of John Paul Jones a Scotsman considered by many Americans to be the father of the US Navy. As a fugitive he joined the soon to be rebel American Navy on the eve of the American Revolution and quickly rose to become the equivalent of Nelson in the british navy. It was said in Whitehaven either he or his men audaciously sailed into Whitehaven Port during one night, landed and 'spiked' = vandalized the port cannons to disable them. See front view at top of page.

The cannon is a salvaged piece found in Whitehaven and the woodwork is by Alan Clarke.

Below is a victorian 'ghost' figure emerging from a wall to drink from the Victorian fountain, the ghost with his faithfull Whippet hound with him. The original clay in progress is on the the left. 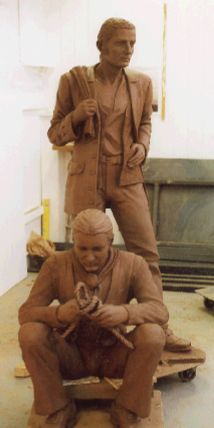 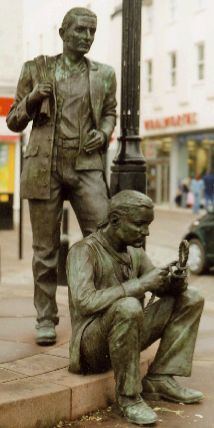 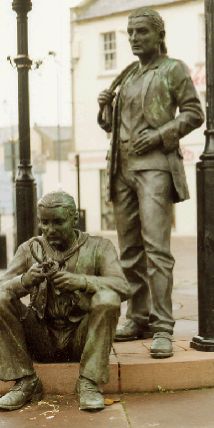 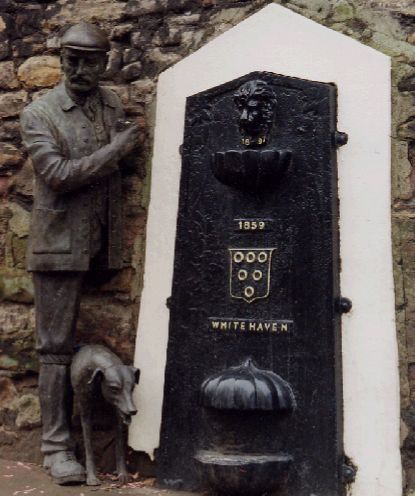