Ronald Belford 'Bon' Scott was born in Forfar in 1946 and lived in Kirriemuir, Scotland, for 5 years before moving to Melbourne, with his family in 1952 at the age of six. The Scottish-born Australian rock musician, was best known for being the lead singer and lyricist of Australian hard rock band AC/DC from 1974 until his death in 1980.

In 2013 Kirriemuir community group DD8 Music started fundraising to honour one of the town's most famous sons. Kirriemuir was the home town of Bon Scott. He was to grow up to become the lead singer of one of the biggest bands of all time, and a legend in the world of rock music, AC/DC's Bon Scott. DD8 Music planned a memorial statue to Bon for the town. So with the help of the international AC/DC fanbase and world wide public donations they raisedthe funds to commission John McKenna to create the memorial staue to Bon. 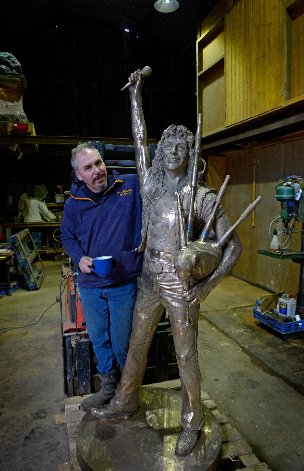 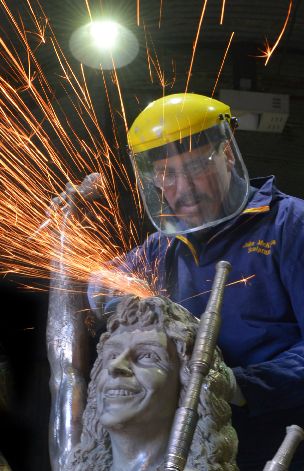 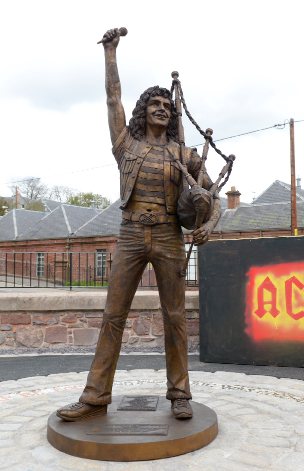